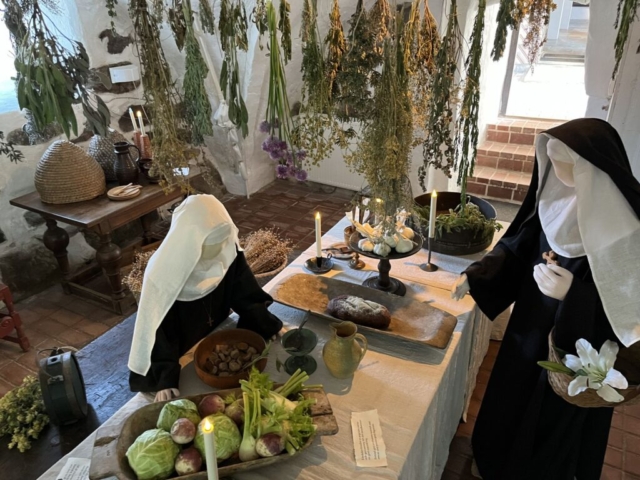 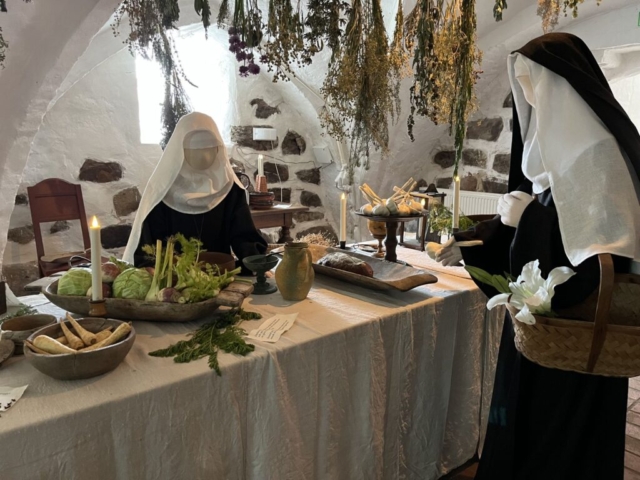 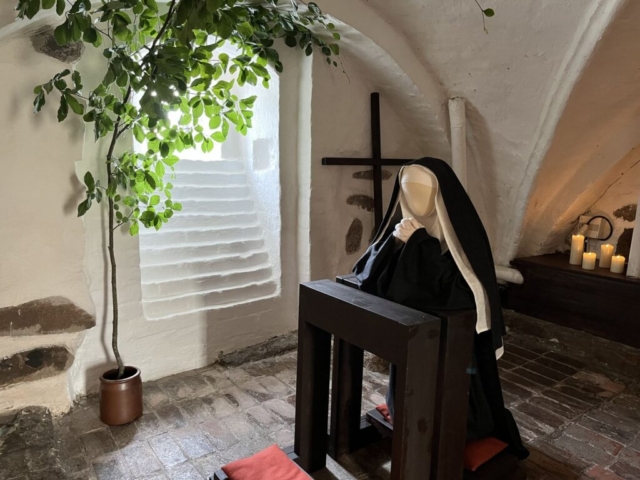 12th century convent life. For the nuns, small flexible museum figures were used, both male and female. Matching faceless heads have been placed on them.

900-year history in the heart of Skåne, Sweden

Experience one of Skånes oldest surviving castles, with events and exhibitions throughout the year, terraced gardens, a park with animals, ancient trees, playgrounds and rowing boats, and restaurant serving local food.

For several hundred years, nuns lived here in strict accordance to the Benedictine rules of poverty, obedience and chastity. Since 1560 noble families have owned the castle, among them a double traitor and his wife the king’s daughter, an unlucky industrialist and a former prisoner of war in Siberia. Still today it is privately owned and lived-in.

The Benedictine convent for women was probably founded in the early 12th century on the shore of Lake Ringsjön. No document from the earliest days has survived; the oldest to mention Bosjökloster is a bull from Pope Lucius in 1181, in which he confirms the convent’s privileges. From small beginnings, the convent grew to accommodate about 60-65 women. Through many and rich donations it became one of the wealthiest land-owners in the region.