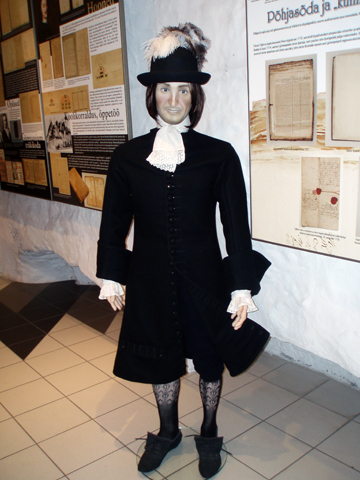 Gerbard Himsel (1603 – 1676) was at Gustav Adolf`s Grammar School as the mathematician, physicist and also taught jurisprudence from 1632 till 1676. He was one of the first people of Estonia origin to adopt and promote Kopernik`s views. He compiled and published several writings and calenders in the field of astronomy. Himsel assigned to be in charge of the construction of the city`s fortifications. As he had a doctorate in medicine in Germany, he was also our city`s doctor.

The Gustav Adolf Lyceum or Gustav Adolf Gymnasium (Estonian: Tallinna Gustav Adolfi Gümnaasium), in Tallinn, Estonia, was established in 1631 by the Swedish king Gustav II Adolf and is one of the oldest extant secondary schools in Europe.