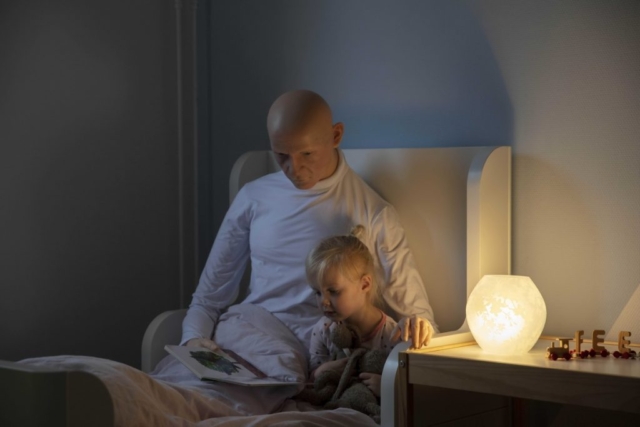 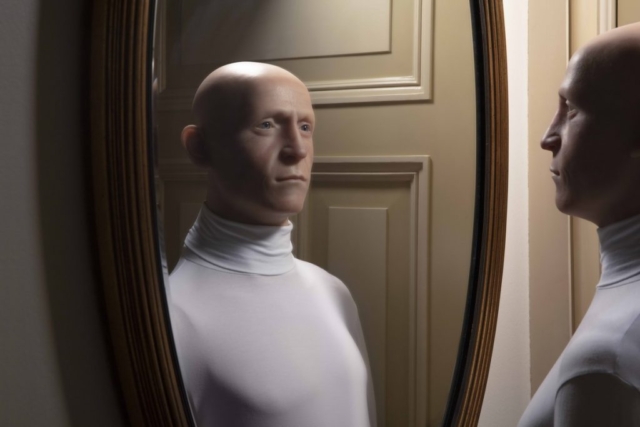 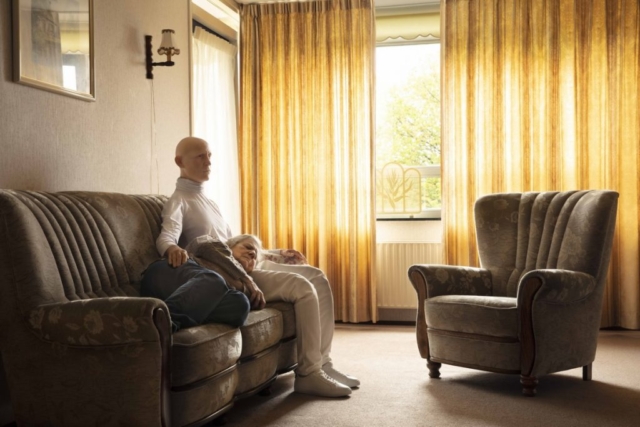 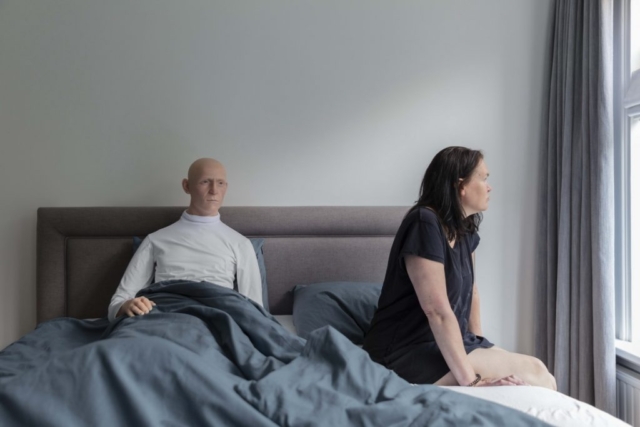 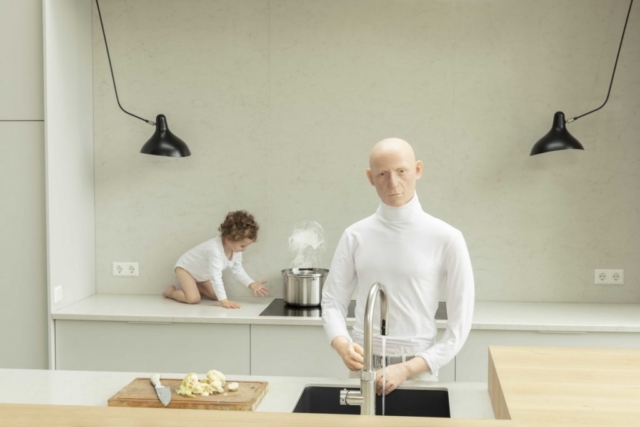 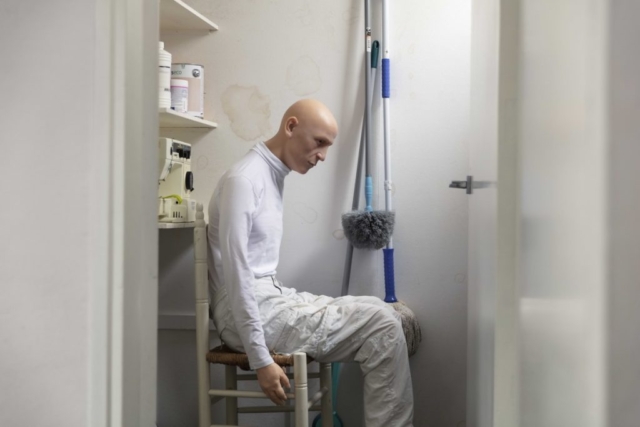 During this graduate project I’ve created staged scenes depicting a near future involving humanoids. Humanoids are intelligent robots who resemble human beings and are able to convincingly imitate human movement and speech. These tableaux examines the ethics and expectations of everyday relationships between individuals and humanoids. As a self titled geek I’m interested in the current developments in artificial intelligence technology and how these applications will be more andmore integrated in our daily lifes and home situations.

During my research on this subject, I’ve become intrigued by the Japanese robotdesigner Hiroshi Ishiguro, He is convinced that there doesn’t have to be a difference between our perceptions of humans or robots, and the relationships we create with either robots or humans. This vision is in contradiction with my point of view. Eventhough I’m aware of the imperfections of humankind, I still consider humans as of significant value and I’m concerned that normalising human robot relationships would result in a lack of dignity towards ourselves.