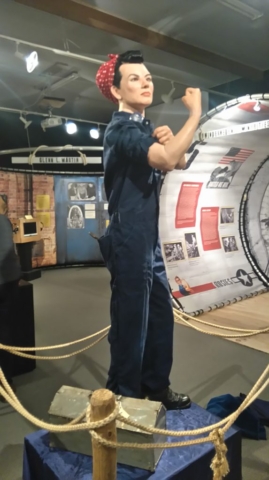 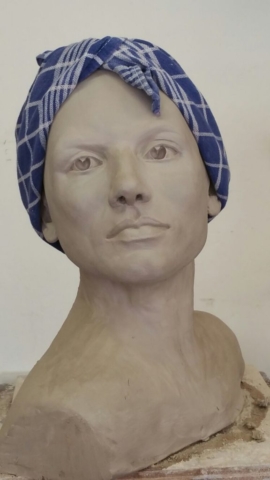 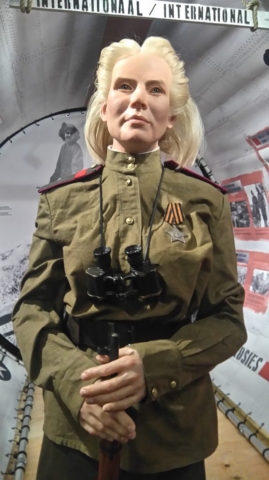 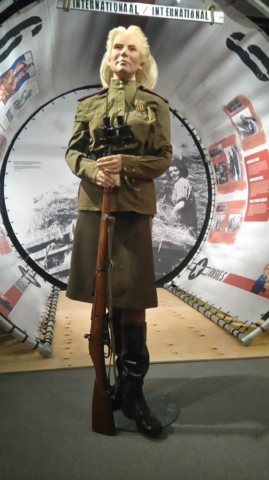 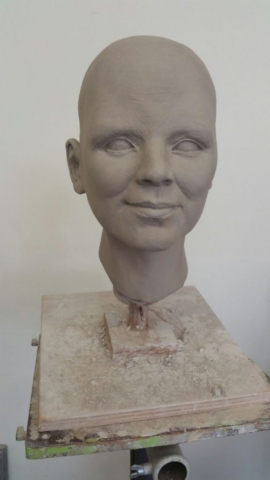 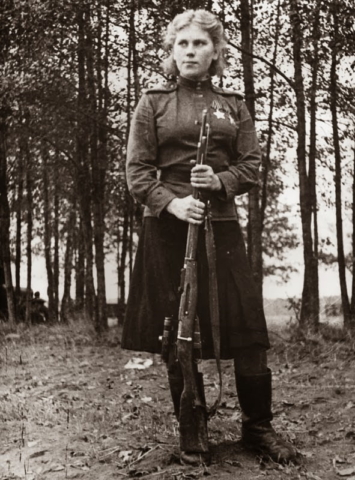 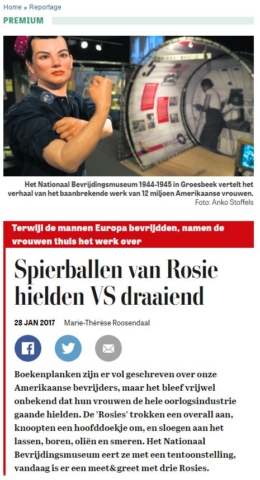 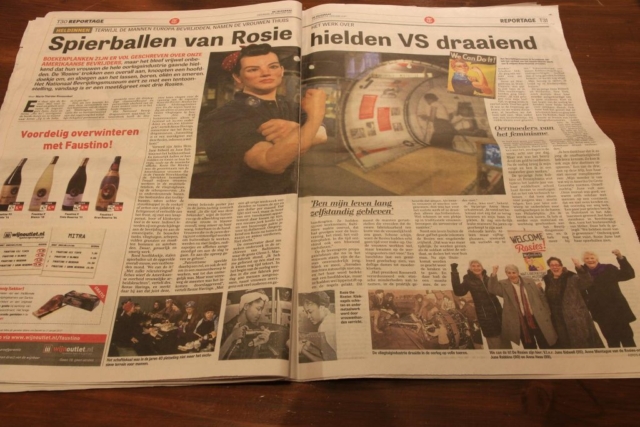 For Het Nationaal Bevrijdingsmuseum 1944-1945, we have made in silicone some female icons of the Second World War.

Rosie the Riveter is a cultural icon of the United States, representing the American women who worked in factories and shipyards during World War II, many of whom produced munitions and war supplies. These women sometimes took entirely new jobs replacing the male workers who were in the military. Rosie the Riveter is used as a symbol of feminism and women’s economic power. Similar images of women war workers appeared in other countries such as Britain and Australia. Images of women workers were widespread in the media as government posters, and commercial advertising was heavily used by the government to encourage women to volunteer for wartime service in factories. (source: https://en.wikipedia.org/wiki/Rosie_the_Riveter)

Roza Georgiyevna Shanina (3 April 1924 – 28 January 1945) was a Soviet sniper during World War II who was credited with fifty-nine confirmed kills, including twelve soldiers during the Battle of Vilnius. Shanina volunteered for the military after the death of her brother in 1941 and chose to be a marksman on the front line. Praised for her shooting accuracy, Shanina was capable of precisely hitting enemy personnel and making doublets (two target hits by two rounds fired in quick succession). In 1944, a Canadian newspaper described Shanina as “the unseen terror of East Prussia”. She became the first Soviet female sniper to be awarded the Order of Glory and was the first servicewoman of the 3rd Belorussian Front to receive it. Shanina was killed in action during the East Prussian Offensive while shielding the severely wounded commander of an artillery unit. Shanina’s bravery received praise already during her lifetime, but came at odds with the Soviet policy of sparing snipers from heavy fights. Her combat diary was first published in 1965. (source: https://en.wikipedia.org/wiki/Roza_Shanina)

The Liberation Museum is set in the beautiful landscape near Nijmegen, Arnhem and the German border, a unique location: Operation Market Garden, the largest airborne operation in history took place here in September 1944 and Operation Veritable, the Rhineland Offensive,the final road to freedom in Europe, started from here in February 1945. The museum brings the historical events of the liberation by the American, British, Canadian and Polish troops back to life. In the museum, you live through the period preceding the war, experience the occupation, celebrate the liberation and witness the rebuilding of the Netherlands and Europe after the war. Aromas, interactive presentations, diorama’s, models, original films and sound fragments captivatingly depict the liberation. The museum shows both young and old the current value and importance of democracy, freedom and human rights.