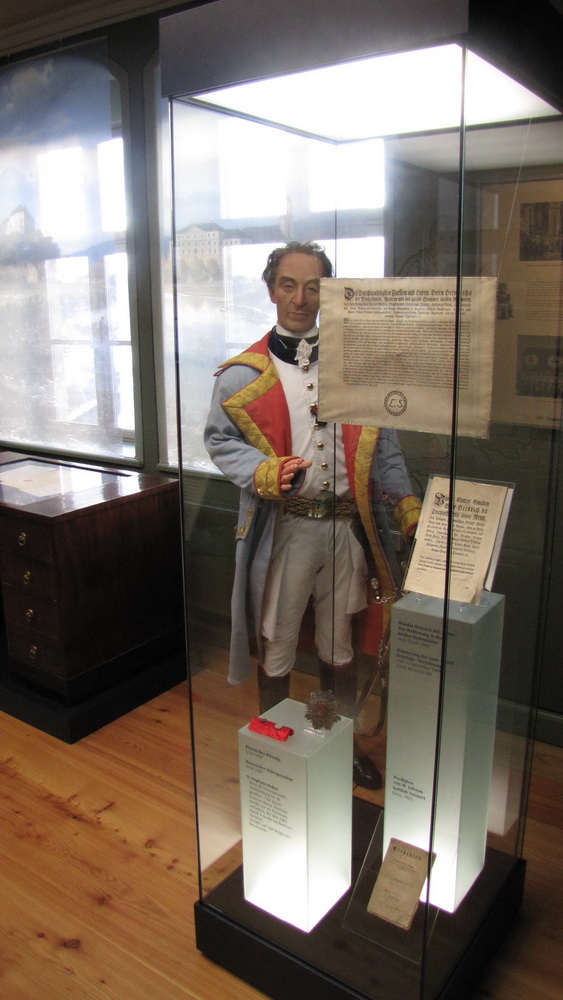 Exhibition in the Upper castle

“From the land of the governors with the Principality ofReuss older line” is an adventure for the whole family.
The Romanesque double chapel from the 12th Century belongs to the outstanding features. It is a two storey chapel construction, in which the individual chapel rooms are aligned. Such chapels are extremely rare. In Thuringia, there are only 2 other religious buildings of this type.

History boring and gray? Not in the Museum of the Upper castle!
In the unique architectural historical envorinment of the castle, the museum presence a lot of information on the history of the Vogtland and the Principality of Reuss older line. The permanent exhibition  is a symbiosis of architectural history findings and of the related cultural and historical backgrounds.

In the basement you get information to the medieval castleand its historical development to the Upper Castle,archeology and geology. On the first floor of the simplicity of the Romanesque double chapel stands in contrast to theopulence of the elaborate rococo plasterwork andchandeliers. In this floor you will find a contemporaryoverview of the Reformation to the 18th Century. You finishyour tour in the premises of the second floor. Here you willreceive impressions until the early 19th Century.

The highlight of the exhibition is experience of the 3-D film. Itis titled “shine and glory of the Reuss” and takes you withits stereoscopic projection into the third dimension of thehistory of Greiz. This film was produced specifically for themuseums of the palace and residence Greiz. Adventurers of all ages can go with the skateboard on a journey through thehistory of the Upper Castle. With a mix of knowledge, speedand skill you can look at the Upper Castle from a completelydifferent view.

The Museum in the Lower Castle allows you to continue the tour of the Princes Reuss older line in the authenticpremises of the 19. Century. The museum in the Upper Castle – an experience for all ages.

Museum in the Lower Palace

After the city fire of 1802, the ruling Prince Henry XIII. rebuilt the Lower Palace in the classic style, and chose it as his residential palace.  From that time on, all Princes Reuß Elder Line resided in the Lower Palace in Greiz.  In addition to the historical ambience and permanent exhibits, visitors to the Museum in the Lower Palace can experience extensive special exhibits annually, and numerous museum parties.

Permanent exhibits in the Lower Palace: