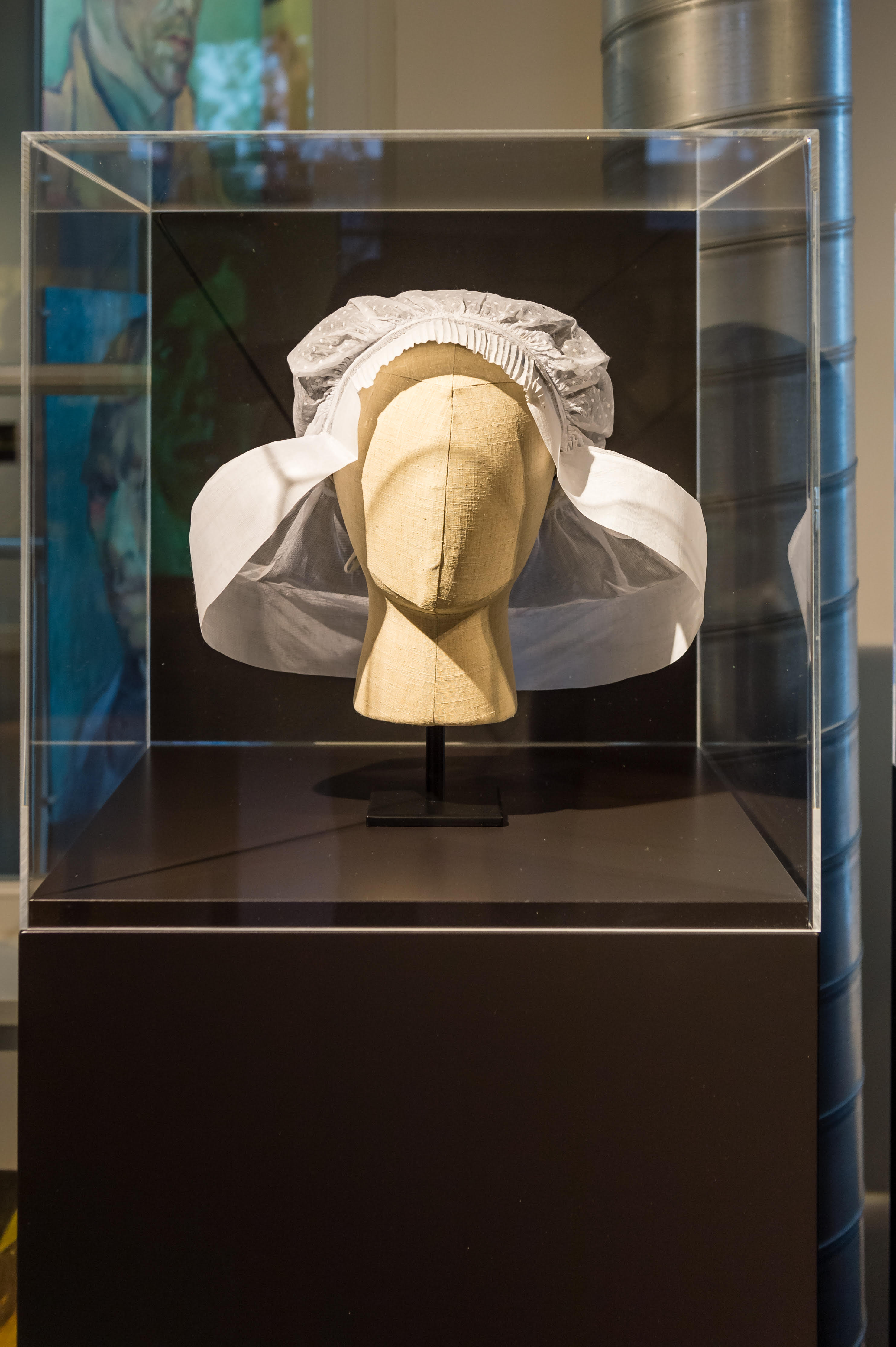 Hats from Van Gogh’s ‘The potato eaters’ back in Nuenen

On Monday 12 November ’18, descendants of the portrayed women Gordina and Cornelia de Groot from Van Gogh’s Masterpiece ‘The potato eaters’ received two special Brabant hats at the Vincentre Museum in Nuenen. It concerns a so-called ‘hekkegat’ cap and gaze hat from the period that Vincent van Gogh worked in Nuenen. Ans van den Bosch-Dillen, collector and restaurateur of Brabant ‘poffers’ and hats, donates the objects to Van Gogh Brabant, the organization that works to preserve Van Gogh’s heritage.

In Vincentre the very productive period of Vincent van Gogh is portrayed in a narrative way. In addition, the film about the creation of Van Gogh’s first Masterpiece ‘The potato eaters’ is a highlight. In this painting Gordina de Groot wears a ‘Gazen Muts’ and Cornelia de Groot (her mother) a hat with the ‘hekkegat’. With these distinctive hats in the museum’s collection, Van Gogh’s history comes even better to life. In hats were worn in Nuenen and the immediate vicinity. Whether Gordina and Cornelia were actually the carriers of the donated caps can not be determined. Given the age and regional origin of the caps, it is known that they were worn in this environment.

We are an experience design and production agency. Rooted in cognitive psychology, we mix the latest insights in human sensemaking with the storytelling and creative use of media technology.